Burning up the charts with Idle Firefighter Tycoon

At Kolibri Games, we just released our new mobile game Idle Firefighter Tycoon – a fiery Idle game that went right to the top of the charts with over half a million downloads already. How to manage a fire station while new fires appear at every corner may not be that different from developing a new game during a global pandemic. So let’s have a look at how Team Pathfinder pulled off creating a new game prototype, brought it to soft  launch in just 6 weeks, and followed up with a successful global launch just a few days ago.

The decision to focus on firefighters as the theme for our new Idle game came from rounds of brainstorming, as well as extensive theme-testing in App stores. With earlier games, we mostly relied on gut feeling for what we liked and therefore thought might work. Even though we seemed to have a good sense of what our players will enjoy, testing is an important approach to back up these feelings.

Ultimately, the decision lay with the team. After testing, we ended up with three themes that tested really well, but a final decision was still necessary. Based on the results of the concept tests we decided that firefighters would add a unique touch to the gameplay and be the most promising concept to pursue. 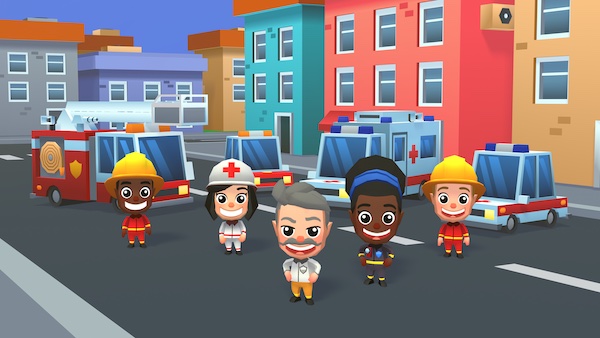 Team line-up of the Idle Firefighter Tycoon characters, not to be confused with our Team Pathfinder

Team Pathfinder, which had been working on one of our recent game concepts (Idle Farm Tycoon), consists of three developers, one game designer, one artist, and one product manager. Small teams like that fit right into our agile work style because they tend to be more flexible and also well-prepared for remote working with shorter and more tight-knit communication channels. This was also a big plus for decision-making.

“After we made the decision to go with the firefighter concept, it took us six weeks to go from prototype to the MVP for the first-day launch in December. In this early lifecycle, internal player feedback is especially important to us to develop and improve the gameplay and art constantly. Later on, outside player feedback comes in and I can’t stress enough how important the very honest and direct feedback of our early players is. They are the ones showing us that we are going in the right direction, what features they want, and what is broken – what fires to put out, so to speak” 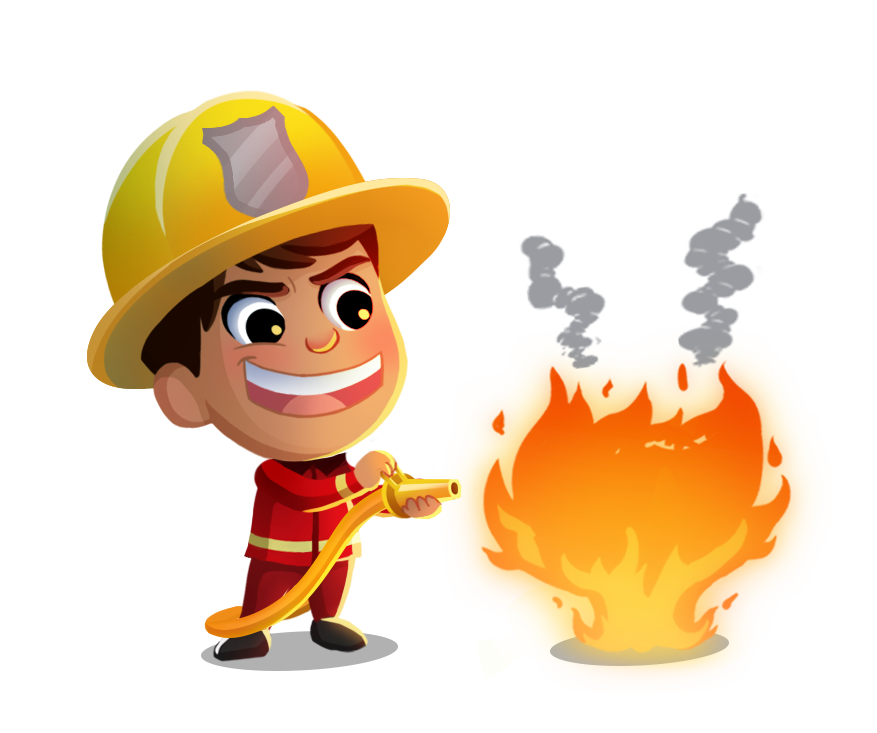 Extinguishing fires, or as we call it: fixing bugs

Some things we notice ourselves, but with some suggestions from the players, we can come up with improvements no one in the team has thought of yet. And they are the ones met with the most engagement and player satisfaction.

“For example, lots of players mentioned that they like how the characters move around quickly and portray a real kind of urgency, but players missed going to the fire extinguishing missions with their crews. So we included this part as a reward when you progress the individual components of the fire station, you can then go on fire emergency missions with your crew of firefighters and see them in action.”

In addition to this qualitative feedback, measuring various KPIs help us detect if a game will be successful. Testing and data analysis starts as soon as there is a first prototype. In the beginning, we focus a lot on Day 1 retention, followed by Day 7 retention as soon as we start adding more content for players to unlock. From a Marketing perspective CPI (Cost-per-Install) is the defining factor we look at. For each phase of game development, there is a defined marketing budget that scales up over time and gives us the chance to analyze CPI evolution.

Learn more about User Acquisition metrics in this blog post

A big challenge for us was that this was one of the first games we’ve developed in 3D (another example is Idle Restaurant Tycoon). From a visual standpoint, the art style is leaning on our previous games, taking the character design and familiar color palettes but upgrading them to 3D. This proves challenging when it comes to the 3D lighting for example, which was new to us. But it also turned out to be a demanding and fun challenge. We also encountered the problem of getting all our test devices, as they are usually available in the office but of course, we were all at home. 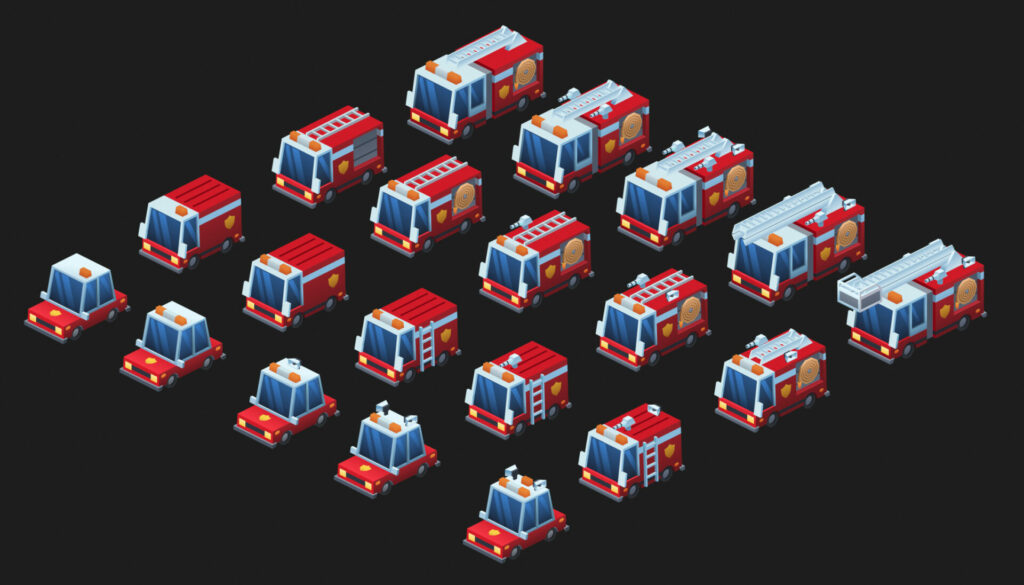 Trucks, trucks and a few more trucks – each update is customized

Besides that, building and launching Idle Firefighter Tycoon completely remotely was not as difficult as one would imagine. With efficient workflows and open and close-knit communication in place, it’s not necessary for the whole team to be sitting in one room. Even though we miss the personal connection from time to time, we’re convinced we can perform our responsibilities just as well from home.

At this point, the game is live with a solid base of two playable fire stations, fire emergency missions, and captain cards to collect and advance the game. We are very proud of how Idle Firefighter Tycoon raced to the top of the charts, but we are by no means done. Now is the time to expand the game with new content, always taking player feedback and data into account. So stay tuned to what exciting new things we and our players come up with.

If you are excited to join our crew to put out fires and make our games better and more player-centric every day, see our open positions below: