From Spreadsheet to Prototype

How To Start Building a New Game

How do you start building a new game?

Here at Kolibri Games, we’ve been extremely fortunate to have two successful games on the market and we’ve put most of our resources into supporting them. As recently as the beginning of this year, we didn’t have a single team dedicated to building new games. As of this post, we have three, with a fourth on the way.

Deciding to put resources – people, time and money – into three new games teams wasn’t a trivial decision. Idle Miner Tycoon and Idle Factory Tycoon built our company and continue to pay our salaries. While we could simply double-down on them and see where they take us, as gamers we know that the idle market is always changing and we have to change with it. Talented developers release new games every week, with different mechanics, themes and art styles. While we have no interest in abandoning our successful games, we also want to play in new sandboxes and see what new ideas we can bring to the idle genre. With Learning as one of our core values, we’re never going to be satisfied doing the same things forever!

Let’s see what we can learn from the story of Team Odyssey and Idle Restaurant Tycoon.

Building a new game within a successful company

When we were a team of five, we all had to wear multiple hats. In the morning you might be writing code, in the afternoon responding to player comments and in the evening making sure the internet bill is paid for next month.

Nowadays our game teams have an incredibly supportive architecture to lean on. This means that our developers can put all their efforts into pathfinding algorithms and our artists into new assets – all the while knowing that an experienced tester is hard at work breaking the game in order to make it better! We can also call on our established data teams to help us model player behaviors and build data-rich, responsive games. On top of all that, our Office Management, Finance and People Ops teams will make sure our developers aren’t worrying about whether they’ll get paid or what to do if a laptop dies!

We don’t need to be as lean as we were in the beginning – but we don’t want to lose our agility.

2020’s been a big hiring year for us, but Team Odyssey is mostly made up of Kolibri veterans.

Team Odyssey has been in charge of Idle Factory Tycoon for the last 2 years and doing an amazing job. They work well together and know how to ship a game. They were a natural choice to take on the challenge of a new game.

At nine Kolibris, it’s a larger new games team than we’re accustomed to, but they brought an established workflow and moved as agilely as we moved with our first game. As of writing this, we’ve scaled the team up to twelve, with the addition of a dedicated data analyst, another developer and another artist.

The first steps of making a new game aren’t the sexiest. We opened up a shared document and typed up a list of game genres. We considered making an RPG, a city builder, a match 3…we basically considered every genre we’ve played and enjoyed internally. We may have even considered a marsupial-based game, but we can’t confirm or deny that. At the end of the day though, we stayed idle. It’s a genre we know with players we understand. While there might be some value in branching out, there’s a ton of value in leveraging the knowledge we already have.

We also looked at the market. 3d isometric games are doing well, but the market isn’t yet saturated. We figured that we could stay close to our roots by staying idle, but spread our wings and see what a 3d Kolibri game looked like.

After deciding to stay idle, and to try out at least one isometric game, we cast about for themes and worlds that inspired us. We prototyped several, including Idle Castle Tycoon, Idle Casino Tycoon, and Idle Restaurant Tycoon. Of these, Idle Castle Tycoon stayed closest to our proven 2d scrolling art style and our signature “3 bottleneck” design. 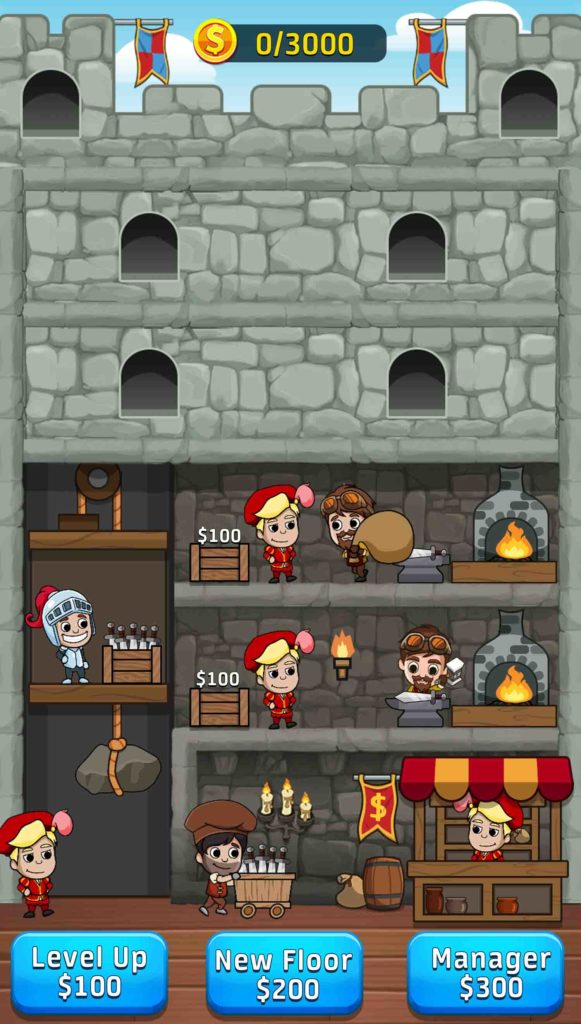 In this style of gameplay, players manage three chokepoints. Players can increase mine/factory/forge output, but then have to match the elevator throughput, and finally warehouse processing/selling. If you upgrade these elements out-of-sync you wind up with an underperforming mine/factory/castle, and miss out on idle cash!

We were fairly confident that the game in this vein would appeal to our current players and that a change of theme would bring in new ones.

The Idle Restaurant Tycoon and Idle Casino Tycoon prototypes were a bit more ambitious. They included our first foray into isometric 3d environments and a more complex core loop. The 3 bottleneck design, as well as it works, isn’t the only way to design a simulation game. Our new restaurant and casino simulations were more complex and offered great customization options for players. In Idle Restaurant Tycoon, players are in charge of hiring and firing staff, running marketing campaigns and even picking out china – all in service of actually having to balance the restaurant’s books. Unlike in Idle Miner Tycoon, players can lose money – making it harder, but also more rewarding. 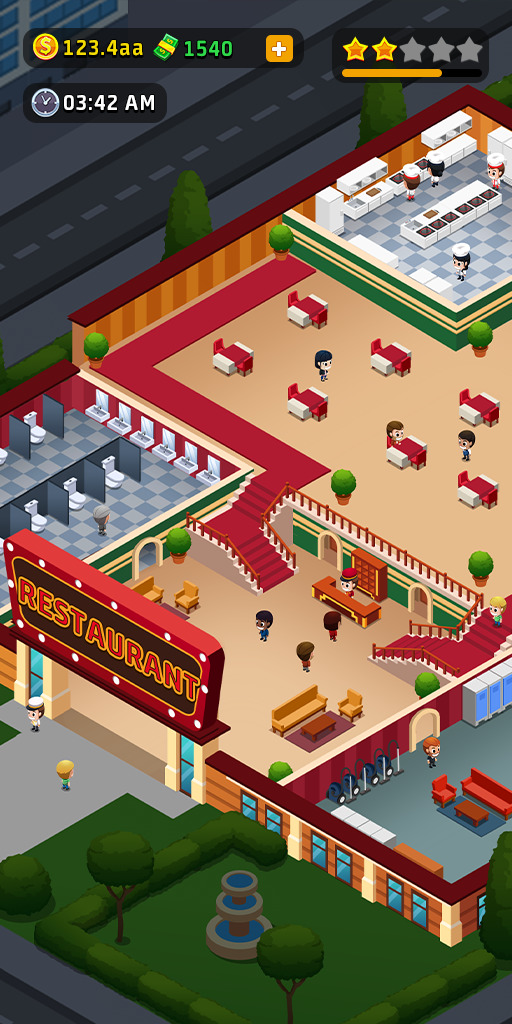 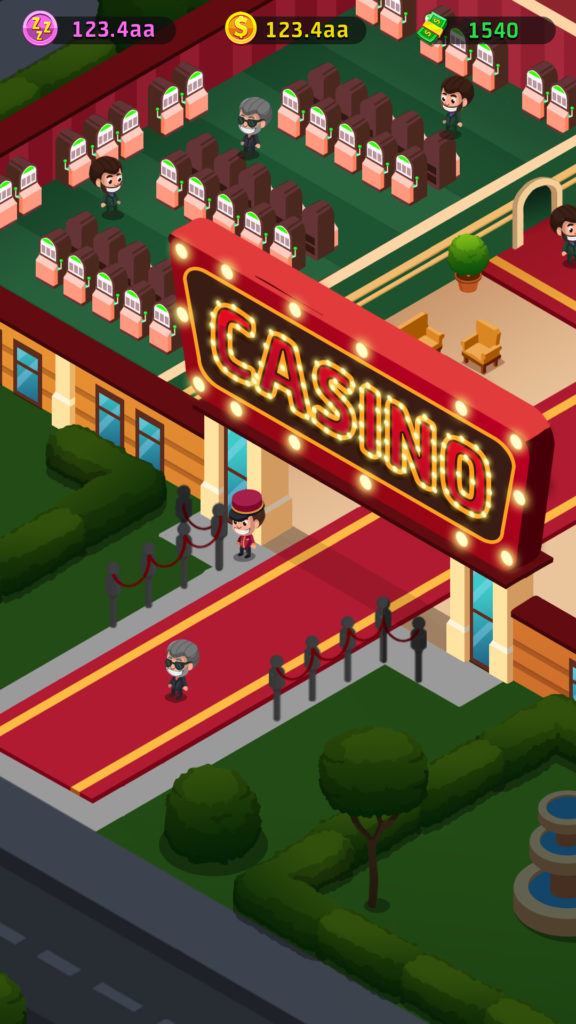 3 prototypes. 3 fun, albeit bare-boned games. So which one should we make?

After a good amount of internal deliberation and analyzing the market, Idle Restaurant Tycoon came out on top and the next phase began – turning a prototype into a fully-featured game. Keep your eyes on this space for our next post where we talk about the choices we made and how we built a restaurant.

Interested in being part of this, or any of our other teams? Look below for some current openings and head over to our jobs page for the full list of open positions.