From Appetizer to Main Course

We built a team, brainstormed and prototyped (see our previous post) and now it’s time to turn that working prototype into a shippable game. Let’s look at some of the art and game design decisions we made in order to get to where we are now.

At its heart, Idle Restaurant Tycoon is a resource management simulation. The goal, as with many idle games, is to earn as much money as possible and then use that money to keep building your money-making empire. It’s a story of endless growth that’s only possible through managing a series of bottlenecks. In our previous games, as discussed here, we used a fairly simple, yet compelling, three-bottleneck design that had no “fail state”. Basically, it’s impossible to lose in Idle Miner Tycoon. Things aren’t so simple in the restaurant business.

First of all, we’ve increased the number of bottlenecks players need to manage. Players will need to juggle everything from the size of the parking lot, to the number of waiters and chefs, to how many restroom stalls there are and how much advertising to run. And this time, each of these decisions has an ongoing cost. Adding more waiters will ensure that customers get their food faster, but add too many and you’ll spend all your money on their salaries and go into the red! That’s right, unlike in Idle Miner Tycoon, players can lose money managing restaurants.

That small change is actually fairly impactful when it comes to balancing our in-game economy. We want players to have fun by growing their restaurant empire – but we also want the possibility of mismanagement to keep them engaged. As exciting as finally being able to open a second restaurant is, it’ll be even more exciting for a player who had to dig their first restaurant out of a hole! It takes tricky balancing to make the threat of losing money exciting, even when it’s just idle cash.

Balancing a game is building a puzzle – and our players get to solve it.

For a game designer, balancing an economy might look like a spreadsheet full of growth curves and formulas determining when a certain boost becomes overpowered. For a player, it needs to look like a series of meaningful choices.

Our designer and artists need to find ways to show the player the benefits of hiring a new chef, along with the costs. Then they need to show the player what happens when there are too many chefs but not enough waiters, or too few tables for the guests. Character behaviors need to be instantly understandable, without the players having to read line after line of text.

All of this is to help players have a variety of ways in which they can build their restaurants so that they feel like they have meaningful agency at every step. After all, they’re building the restaurants, they’re the tycoons.

We’ve also built a collectible card mechanic that provides the players with extra buffs and power-ups and even more ways to customize their restaurants. This way, no two restaurant empires will be the same.

Picking out Wallpaper, Populating a World

It’s not just our game designer who’s tasked with building a world from scratch. Our artists need to figure out what the restaurants look like, who the patrons are, and how they communicate with the players.

For the first restaurant, an American-style diner, our artists started by pulling reference imagery. 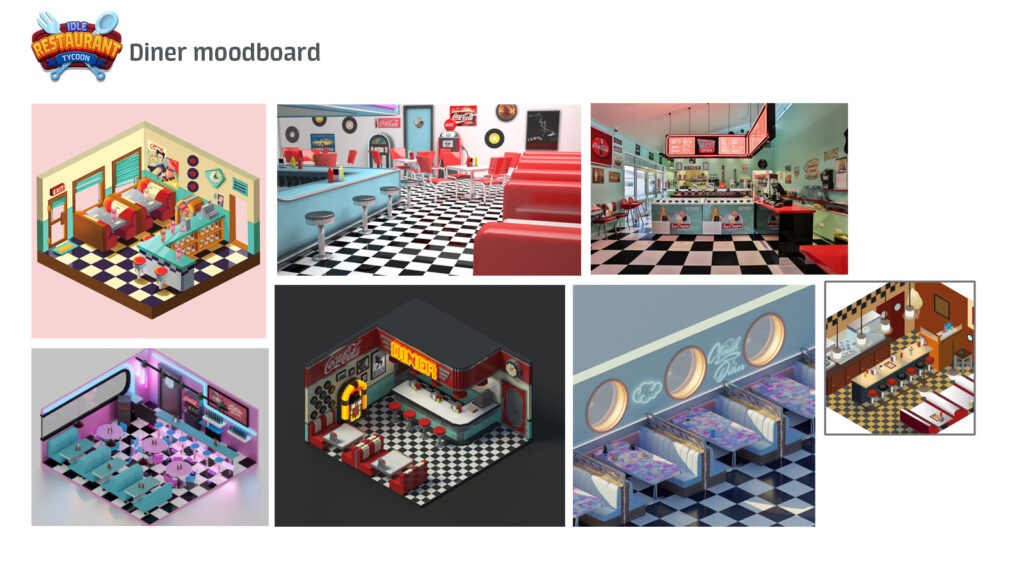 They looked at real-world restaurants, other game restaurants, illustrations, fine art…at the reference stage, nothing is off-limit. After honing in on a look –– through many rounds of design and iteration –– we had a solid mockup.

This looks great, but remember – this is a simulation game with upgrades for nearly every item on screen. In order to customize and maximize their restaurants, players have the option of upgrading everything from the dishes to the stoves to the kitchen sinks. Each of these upgrades needs to be designed and balanced.

It’s also essential to get character development right. Unlike in some games, our characters aren’t avatars for the players, rather they’re customers and employees. We want them to be appealing, friendly and relatable. That’s a challenging task when your characters are only a couple hundred pixels tall. 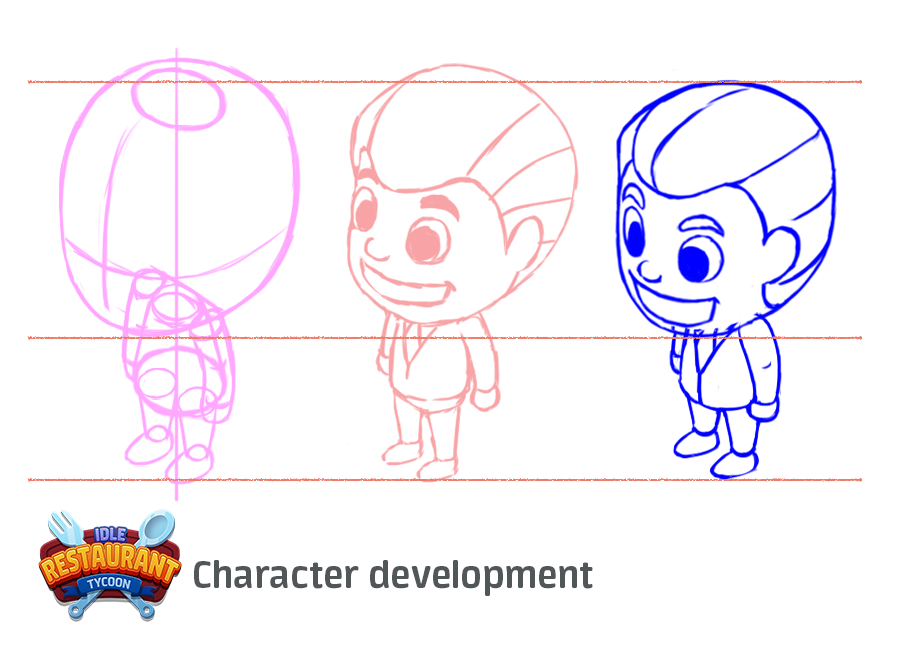 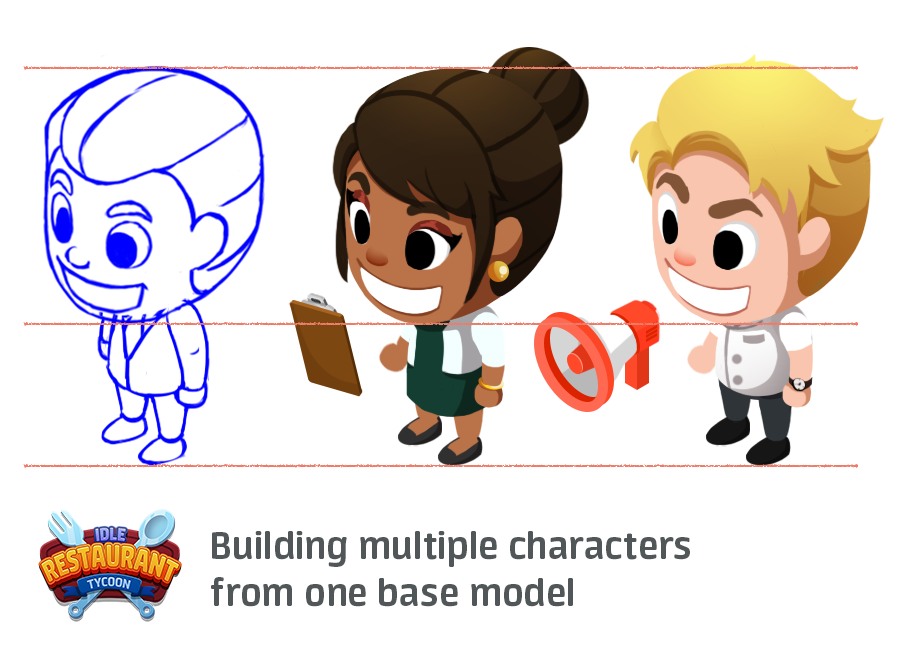 With this work done, along with lots of work by our developers, testers and UA team, we had a core game ready to launch. The core game is a full game, but as with any live title, there’s a lot more in the pipeline. Beyond the diner, we had one unlockable restaurant already in-game, with two more in development. That’s not to mention our mission system and event restaurant.

Ready for launch means, in this case, soft launch, which we’ll talk about in our next post. Stay tuned!

Interested in being part of our news games teams, or any of our other teams? Look below for some current openings and head over to our jobs page for the full list of open positions.