Mining to the max in Idle Miner Tycoon

Welcome to the final post (for now) in our series on a player’s journey through Idle Miner Tycoon (IMT). After talking about our ASO and UA efforts, our game economy and early player journey, it’s time to talk endgame.

In IMT, endgame players are those playing Dusk and Ancient continents and working hard on the Impossible Island, our seventh and hardest continent.

The endgame in IMT isn’t as strictly defined as it is in some other games. If you think of the Impossible Island as our “endgame boss”, players can reach it quite early in their journey.

We shared some data of the first six months of the Impossible Island play here, and much of that post remains relevant so feel free to have a look. In this post we’ll go into a little more detail on the gameplay.

The earliest an IMT player can unlock the Impossible Island is after reaching the Fire Continent and earning the 250ac Fire Cash needed to open the Key Forge. Then it’s a matter of forging five bronze keys and finally mining the Dark Shores! 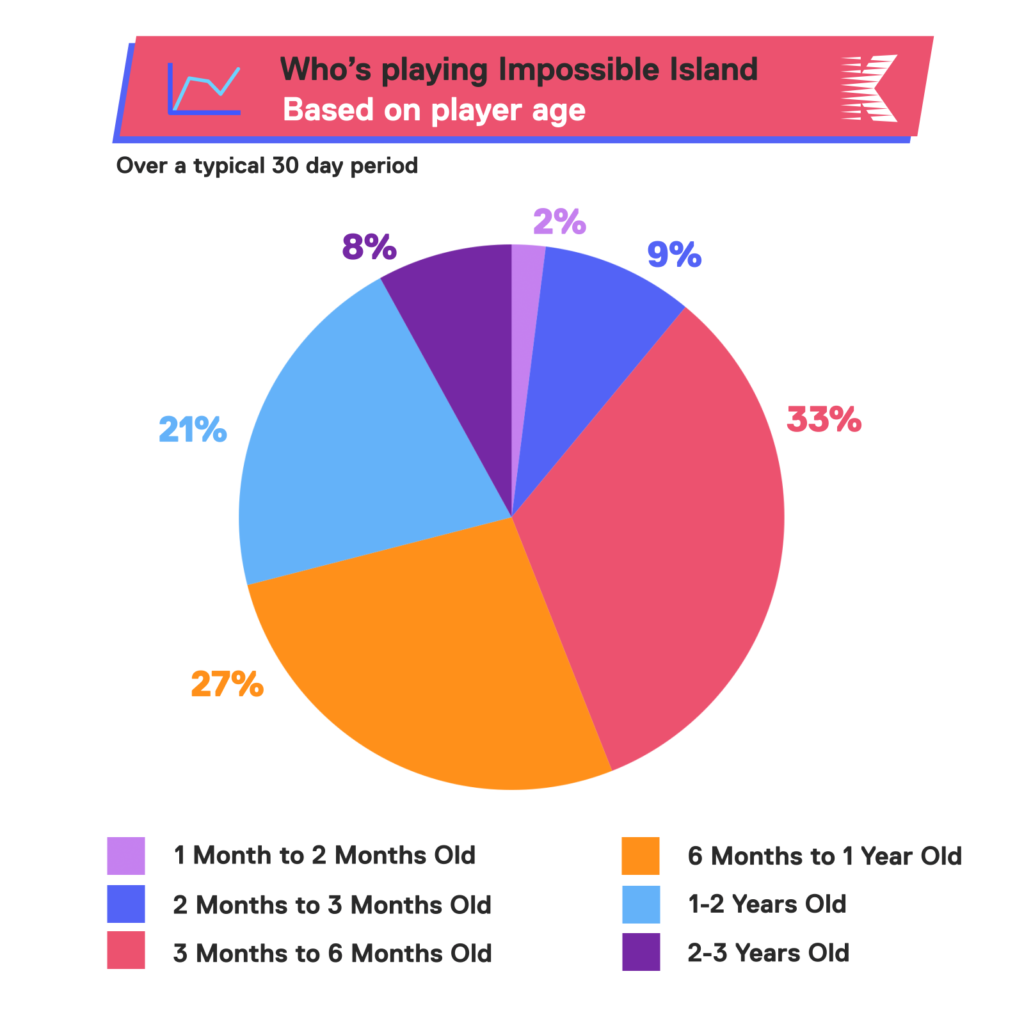 Most of the Impossible Island players have been in the game for at least three months, and the mine stays exciting to players who’ve been with us since the early days – before there was an Impossible Island!

Practically speaking however, it’s players who have advanced to the Dusk and Ancient continents who can make the most out of their Impossible Island mines. These are players who typically have also invested in their their Mainland mines where they hired a full stable of Super Managers, and earned the gems to build robust skill trees. These players are efficient!

How many of our players are in the endgame?

In any game, progression to the endgame is a long process taken up by the most committed players. IMT is no different. Looking at a cohort of players (for more on cohorts see this post) who installed the game 90 days ago as of writing this, and played at least once, under one percent played all the way to Dusk and Ancient continents. 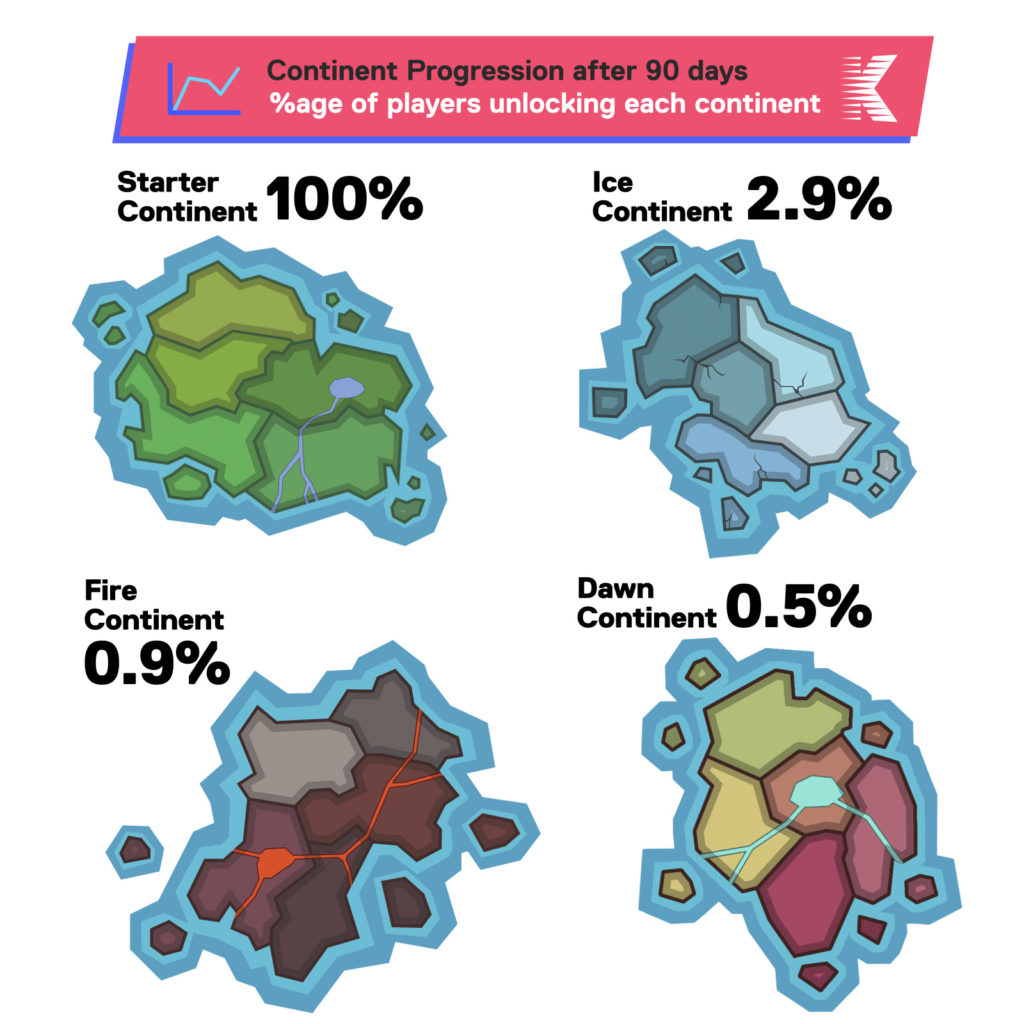 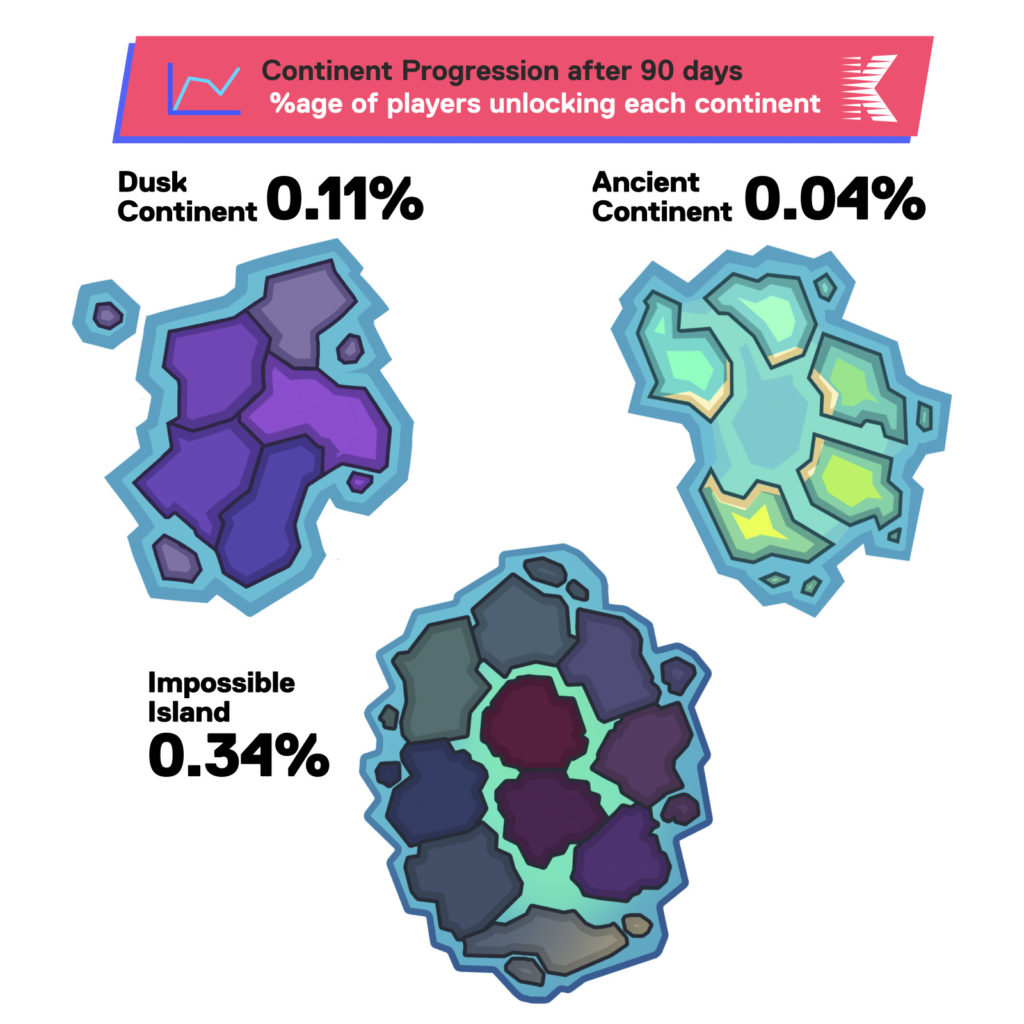 Looking at all of our Daily Active Users in a typical 30 day period, the number of players mining Impossible Island jumps from 0.34% to 7%, a testament to the long-term appeal of our gameplay.

The Key(s) to the Impossible Island

As mentioned, in order to open up the Dark Shores, players need to forge 5 bronze keys. This key-forging mechanic is unique to the Impossible Island. Each mine needs either Broze, Silver or Gold keys to unlock it, and these are forged by our trusty blacksmith. 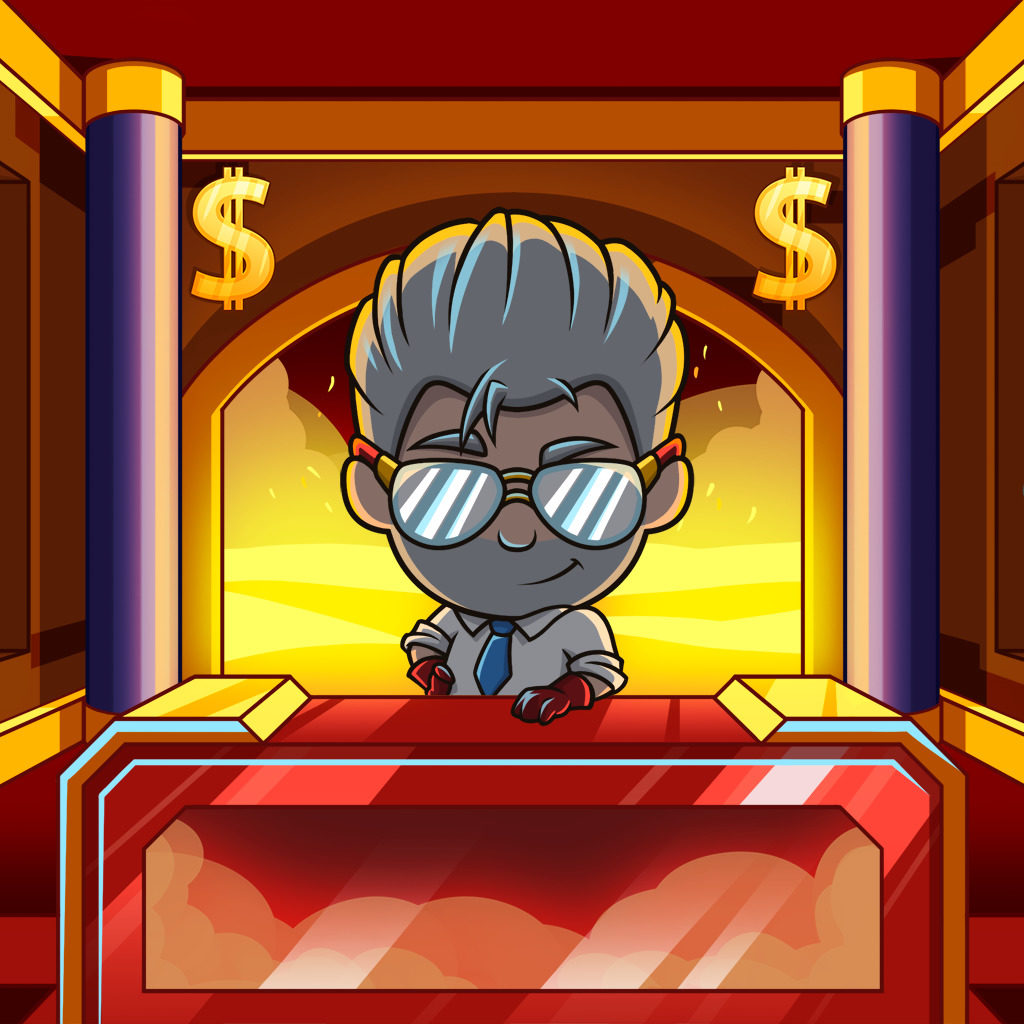 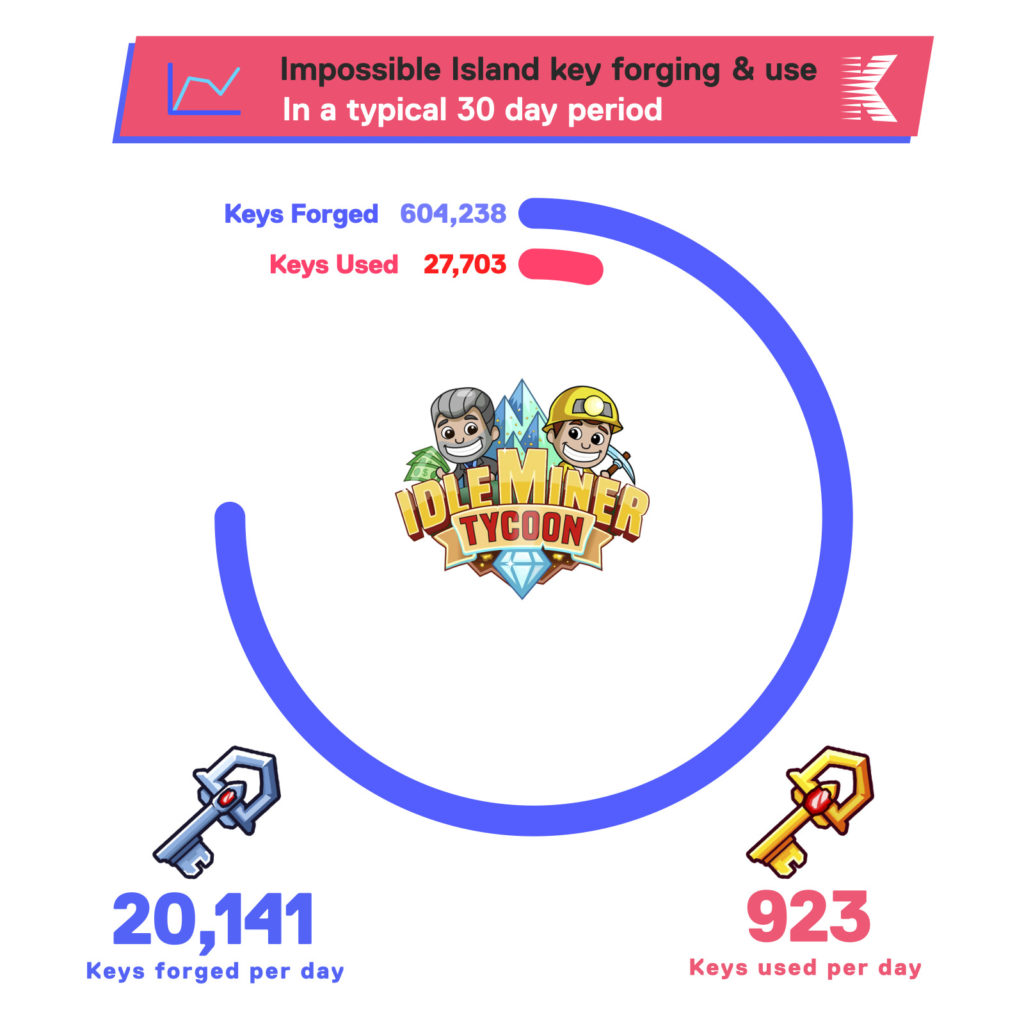 Why the disparity in spending? Because it takes a lot of keys to open these mines and the keys take longer and longer to forge.

Bronze keys take 5 days, Silver take 10 days and Gold keys take 15 days. Of course these times are all un-boosted. Veteran players with lots of boosts, and who are regularly earning boosts in their event mines and expeditions, can drastically speed up their key forging by melting boosts.

Once unlocked, mining on the Dark Shores is a familiar experience for our end gamers, with the addition of new rewards. Players who finish the mine win a coveted completion medal and unlock the next mine, the Dangerous Shores. More aggressive players who finish it within 3 days get the previous rewards plus a rare sledgehammer decoration for their warehouse. Finish the mine within one day and players win all the previous rewards plus the bragging rights of an exclusive blacksmith boss avatar.

All the Impossible Island mines are replayable, so completionists who finished it once can go back and collect any missed rewards.

The trip through Impossible Island is a long and hard one, with the Impossible Shores, the Dark Passage and 5 more mines to tackle before the ultimate challenge of the Tower. And the rewards don’t stop at medals, decorations and avatars. Our best players have the opportunity to unlock the most powerful super managers ever seen in-game, including Sir Lorenzo, Stella & Luna, and Professor Impossible.

Predictably, the first mines see the most action. 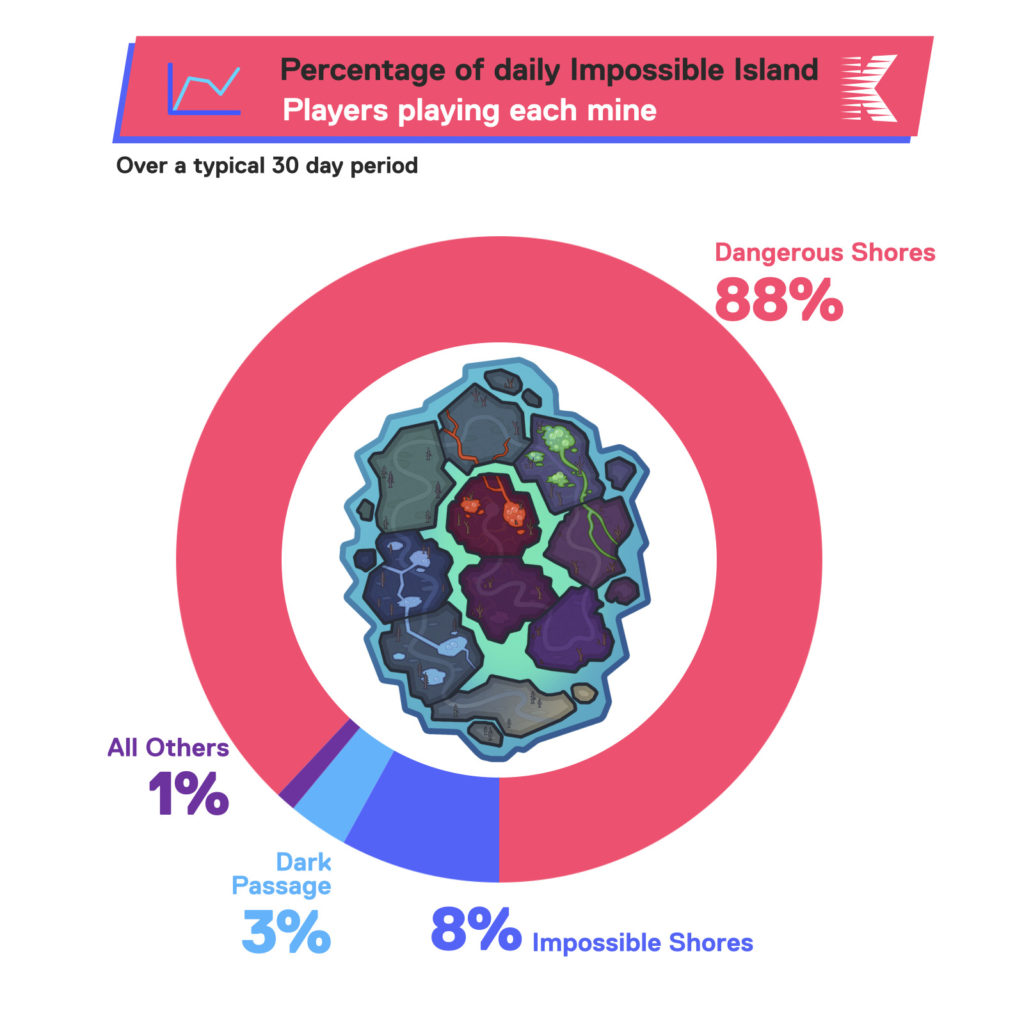 Progression through the Dangerous Shores shows a similar pattern. 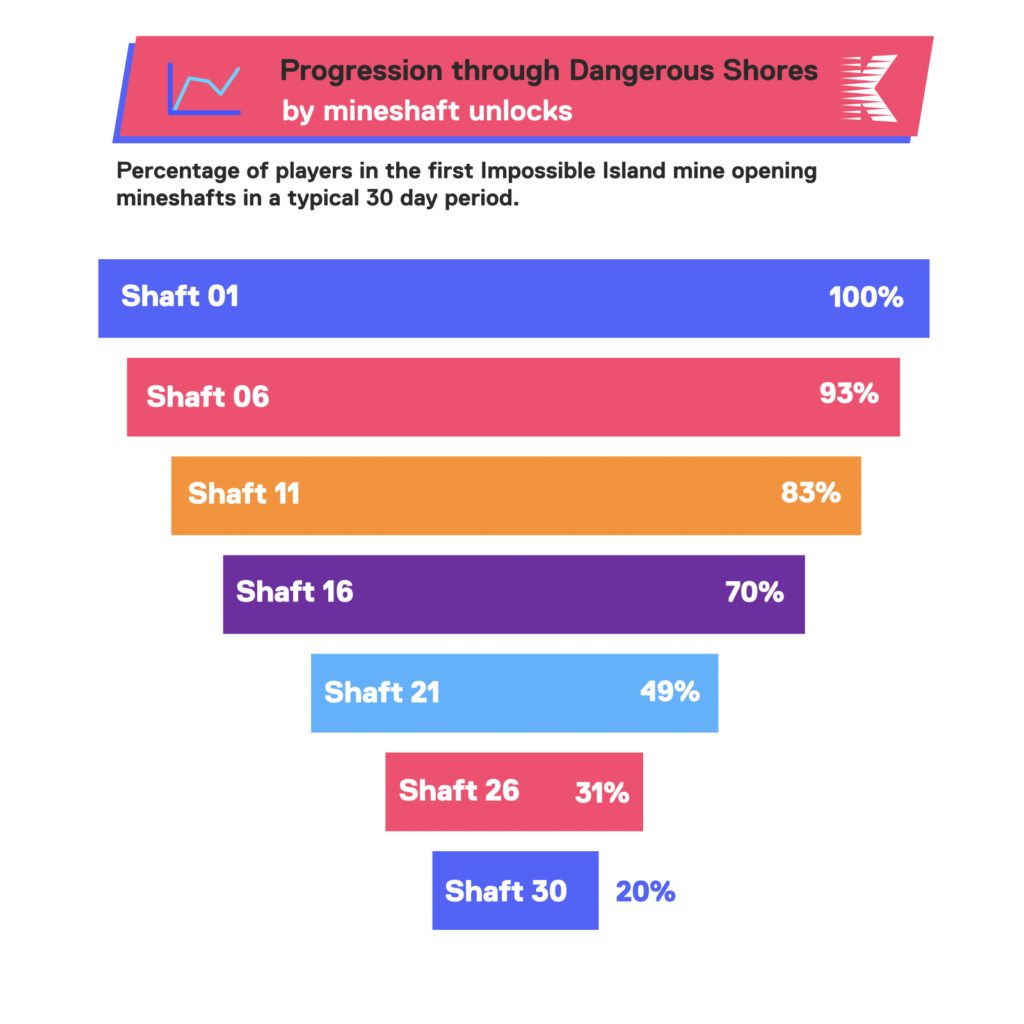 As of writing this, no players have yet breached the Tower and maxed-out our hardest mine ever, but our players are smart and determined. It’s only a matter of time before they’re mining the most elusive minerals and swimming in idle cash.

What can we learn from looking at our endgame? First of all, it’s hard – evidenced by the relatively small number of daily active players playing it. At the same time it’s compelling. More than ¼ of our endgamers have been with us for over a year, which is remarkable in an idle title. Part of its appeal, we think, is that players do get to see and try out the gameplay relatively early in their journey. Opening it to players early was a balancing choice. Originally, players only saw if after opening and mining the Dusk continent. That made it more mysterious, but also didn’t give them a lot of incentive to open it. Letting  “underpowered” players onto Impossible Island gave them something clear to aspire to – and they have absolutely stepped up!

What’s next for our players? More mines, more idle cash and more challenges to complete. Keep playing and you’ll be the first to know!

Want to help build worlds for players to explore? We’re always looking for the best people to join our team. Check out our most recent job postings below!